Meanwhile, back at the CBP unit…

To further recap: I was Googling ‘biomass boilers’, which is what I do to relax on my days off, when I came across a blog called greenwisebusiness.co.uk that appears pretty high on the first page. The subject of the article is “10 things your installer won’t tell you before you purchase a biomass boiler.” The author, Louise Bateman, had a very bad experience with her pellet boiler and the installer who was supposed to be looking after it.

#7 Says the electrical items on the boiler only have a twelve month warranty on them but will likely fail frequently.

With ETA boilers, all parts used to be covered for three years, but now it’s five. Heat gun included. I’ve only ever had one fail out of the dozens we have fitted, and that was during commissioning, so it was rectified immediately.

Some other boiler manufacturers are peddling a twenty year warranty on their boilers, but you’ll find it’s very specific about the one part the warranty is on, and if it fails it’ll likely be because of some fault they discover elsewhere on the system, rather than the boiler itself, which means it won’t be covered anyway.

The biggest enemy of any heating system is an undetected/unrepaired leak. Every time you top up the system with fresh water you are promoting rust in the boiler and pipework. I have known a good quality oil boiler rust out in four years flat because of a leak in the system that went unrepaired. Not one of ours, I hasten to add.

#8 Says the service contract is very expensive because there will be a lot of call-outs.

That’s a very good point, actually. When we first looked at offering a service contract we tried to work out a fair charging level where we could afford to give a good level of service without dropping ourselves in the mire. One of our customers revealed that he was paying £3,500 per year for a service contract on each of his biomass boilers fitted by one of our competitors.

Maybe we’re missing a trick here, but we couldn’t justify charging that. We offer three levels of service. The catch-all one is the dearest, at £1,000 + VAT, but most people go for the pay as you go option, which is based on an hourly rate and mileage, which typically works out at about £250 + VAT on a small boiler and about £450 + VAT on a large boiler.

If you’re still thinking “Ouch!” try to remember you will be earning thousands from your RHI payment and saving on your oil bill, so it’s not so bad. The service seal kit is around £80 + VAT and the rest is labour. And bear in mind if you opt for the hourly rate and you keep your boiler in good shape, put good fuel through it, the chances are you will only need the first hour, so it’s comparable to a domestic oil or gas boiler service. Can’t say fairer than that.

Proper servicing by specialists is a condition of your RHI deal and also a condition of the boiler warranty. The good thing about ETA boilers is they now account for over 29% of all commercial biomass boilers fitted in Britain. With such a large market share there comes a big installer network — over 300 to date, so if you don’t like the rates one installer charges there are others you can go to.

#9 Says because the boiler is made abroad the installer will not feel the same sense of responsibility as if they were the maker.

I’m very conscious of trying to keep every customer as happy as is humanly possible. This is partly because I think word of mouth is the very best form of advertising, and also because I feel a sense of responsibility for everything I install. Always have.

There are times when things break down and keep breaking down, despite your best efforts. If you’ve done everything right and the thing still causes problems because of a design, or manufacturing fault, then that really is frustrating for an installer, because it’s us that ends up looking bad. That’s why we choose to fit the best of everything. ETA boilers, Grundfos or DAB pumps, Geberit pipe and fittings, Rehau underground — it’s not the cheapest gear, but we get very few call backs for problems.

#10 Says: When you decide it really does not make sense to keep throwing good money after bad, the company will not buy back/sell on the biomass boiler for you.

Have you ever bought a car that’s a complete lemon? I don’t often admit this, but my first car was a Skoda Super Estelle and, believe me, it was anything but super. Maybe something was lost in translation and they meant to call it the Stupid Estelle, after some village idiot in rural Czechoslovakia. The experience of owning that car scarred me for life.

It was the only car I (second year apprentice pipe-fitter) could afford to buy at the time, at the rate of a tenner a week, from my parents (they had owned it for two years with relatively few problems) who probably used the money to pay the installments on their Volvo 360. It was at about this time Jasper Carrott reared his ugly balding sardonic mug and decided to build a comedy career around ripping the hell out of my car.

So there I am, eighteen years-old, paying a quarter of my weekly earnings for this clown car that keeps breaking down. I can’t sell it, because of Jasper’s little giggle-fest, and I can’t really afford to fix the damn thing, so I’m in this spiral of despair where the car is keeping me too poor to buy a better one.

Around the same time AIDS hit the headlines for the first time. I was off out one night when my mother stopped me and with a worried expression asked whether I was being careful, “You are using protection, aren’t you?”

“No need to worry about that, Mum!” I said, “I’m driving the most effective form of protection you can imagine.”

No girl in her right mind would set foot in the damn thing. Come to think of it, I met my wife not long after that and did all our courting in that car. Pretty good, really — she had to do all the pushing while I steered because I was the only one with a licence. And no, it didn’t have a heated rear window.

I made the best of it, of course. For instance, the throttle used to stick at about 40mph in fourth gear — great, I thought — cruise control. None of my mates had that in their fancy Ford Escorts, Morris Marinas and Vauxhall Vivas.

So I was cruising up Reckleford hill in Yeovil, on my own, when cruise control engaged. Cool, I thought, took my foot off the accelerator, sat back, and the driver’s seat fixing rail spot welds snapped. The seat tipped ninety degrees to the rear and the next thing I know I’m in the back with my legs in the air above my head, and I’m making desperate lunges for the steering wheel while hurtling along at 40mph unable to reach anything.

Another time, I was chugging along when the car stopped unexpectedly. Well, I say unexpectedly, but by this time I had adopted the cub scout motto of ‘expect the unexpected’, and didn’t fully expect to reach my destination, ever. In fact, the only unexpected thing about driving the damn thing was the few times I got to where I was going without breaking down.

More than a pain in the arm

Anyway, I was chugging along and the car lost ‘power’ and stopped. I opened the bonnet and saw smoke pouring from the air filter housing. I pinged off the clips holding the lid in place and reached inside to grab the air filter, which was blisteringly hot. I wrapped a rag around my hand and tried again — grabbed the air filter and pulled it out. Whoomph! It burst into flames. Now, at this point, I was reacting how any normal person would. By normal I mean ‘person with a normal car’. Had I not been in shock and working with the cognitive ability of a dog, I would have stuffed the filter back into the engine bay and let the damn thing burn.

It was only later that day it dawned on me that I had third party, fire and theft insurance cover. Out of the trifecta of possibilities to get rid of the damn thing, I couldn’t sell it, and no self respecting criminal would nick it — believe me I tried — I left it unlocked with the spare keys in it all the time, a good fire would have been my best bet. Even now, thinking back, I barely resist the urge to clasp my hands to my head, drop to my haunches and leap frog-like around the room while wailing at my stupidity, like a Basil Fawlty clone.

One of my few consolations at the time was that I wasn’t named after a root vegetable, like our Jasper, whose surname I had by that time shortened to a four letter word still beginning and ending with the same letters. But then, at that time, I’m sure root vegetables were getting far more action than me, thanks to him.

Anyway, I digress, in the USA they have something called the ‘lemon law’ that says if you buy a duff car, the manufacturer is obliged to buy it back from you. This is a fantastic piece of legislation for consumers.

Unfortunately we don’t have it over here for cars that don’t work properly, and certainly not for dodgy boilers, but you can guard against being caught out by doing your homework and buying a decent one to start with. That, and not buying one second hand from your parents, especially if their last car was a Wartburg. 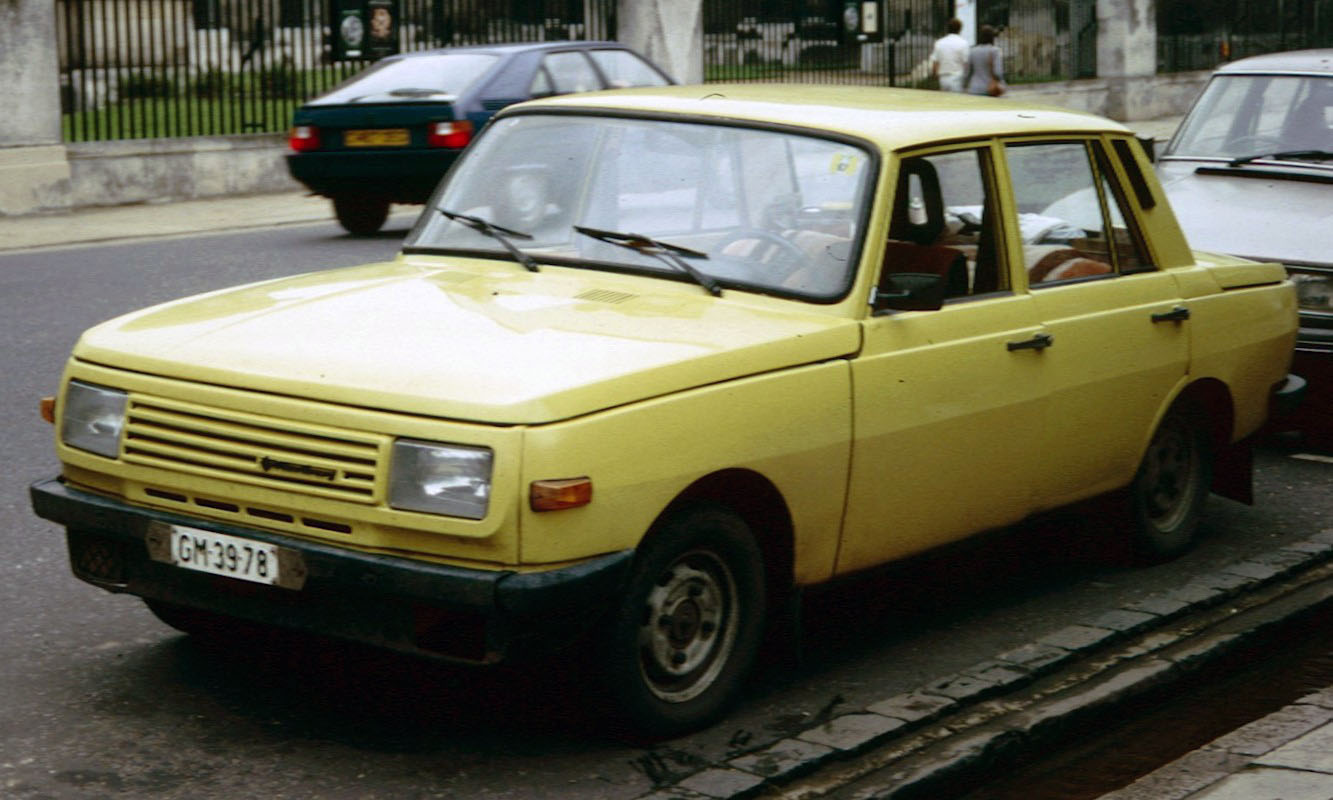 Commercial Biomass Ltd offers a wide range of renewable energy technologies at affordable prices. We strive to make these products accessible to all our customers and can help you choose the right options to suit you, your budget and your lifestyle.

We act as a one-stop-shop for our customers who are wanting to explore using renewable energy to heat their commercial premises or homes. Whether you are looking at this type of heating as a commercial or residential customer, Commercial Biomass will be able to work out the best solution for you at the best price.